The Star Phoenix Profiles The Extraordinaries

The Star Phoenix recently reported on my work with The Extraordinaries and our efforts to help Haiti earthquake victims. 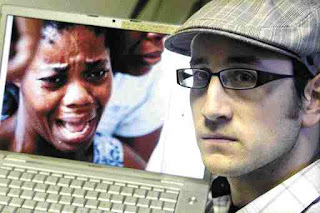 A Saskatoon man is creating a means to help the Haiti earthquake relief effort with just a few clicks of the mouse.

On Monday, Saskatoon computer programmer Dale Zak helped put the finishing touches on a program that allows Internet users to tag images taken in Haiti in the aftermath of the earthquake. People looking for loved ones in the country can then search through the database, narrowing the number of images by specifying whether those depicted are male and female, young and old.

An army of “micro-volunteers” around the world is already busy attaching labels to the photos. The labels will help narrow the search. Already, 5,700 photos have been tagged by volunteers since the database launched Thursday.

Photos of missing people can also be uploaded to the site. Volunteers will be able to scroll through existing images while looking at a photo of the missing person at the same time.

The team has worked around the clock since the earthquake to launch the program. Zak estimates the group of developers worked at least 40 hours to get the databases online, using photos pulled from the photo-sharing website Flickr.

“We were trying to think about ways we could use our system to help the people that are in Haiti. It just seemed like a right fit that we used our image tagger and our searching to help identify photos coming out of Haiti,” said Zak, 29. “There are a lot of photos being taken, but a computer can’t tell if it’s a man or a woman or a teenager, or if the person’s alive or dead, but you and I can glance at that photo and can quickly tell what’s going on. Adding tags makes it easily searchable.”

Zak has worked with the San Francisco-based organization The Extraordinaries for the last year to develop programs such as this one. Other projects include tagging photos for a Portuguese visual arts library and mapping an online database of defibrillators around the world.

“There’s so much wasted time, but if we can make these kinds of things addictive, people can volunteer and feel more engaged in their community,” he said. “That’s our goal.”

Volunteers can use cellphones or spare moments on the computer to complete the tasks, which are posted as “missions” by different organizations.

Zak anticipates the program they developed after the earthquake will work to help identify other missing people, or work in the event of another natural disaster.

“Now that we have this framework in place, that if another disaster happens we can have this stuff in place already,” he said.

This program also allows those who can’t contribute financially to do something.

“A lot of aid is going to Haiti right now, but this is just another way that you sort of can help just in your spare time,” Zak said.